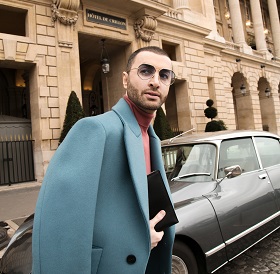 Bilal Al Arabi has been awarded twice as best male Presenter for presenting two of the biggest shows on MBC at the time (Sabah al Kheir Ya Arab) and (Massa al Kheir Ya Arab). Bilal Al Arabi started exploring many genres in TV hosting; from morning and showbiz shows to in-flight entertainment and talk shows. He was the first Arab reporter entering the international fashion scene where he conducted hundreds of exclusive interviews with pioneers of fashion such as Karl Lagerfeld, John Galliano, Francesco Smalto, Jean Paul Gaultier and many others.
In 2011, Bilal was invited by the former First Lady of France Mrs. Danielle Mitterrand to visit her private residence and film her for a full day in Paris recording exclusive footage. Throughout the years, Bilal has become the face of international events and festivals such as Cannes Film Festival. 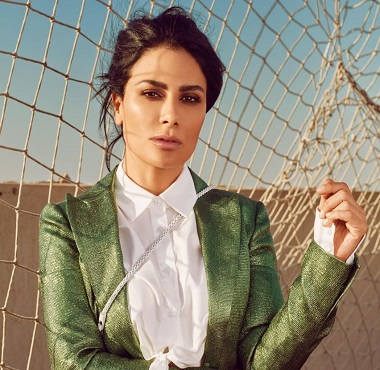 Saba Mubarak is one of the few Arab stars whose repertoire includes a number of successful works throughout the Arab world and internationally. From the Gulf, the Levant, Egypt and the Maghreb, Saba has won many titles and awards that reflect her ability to present the issues and conditions of Arab women with contemporary and historical variations in more than 60 works between cinema, TV and theater.

Mubarak studied Fine Arts at the Yarmouk University in Jordan, followed by studies in theatre and directing. Saba’s debut was in the Jordanian play Al Sarkha (1996) and the TV drama Qamar W Sahar (1998), which marks her starting point for stardom. 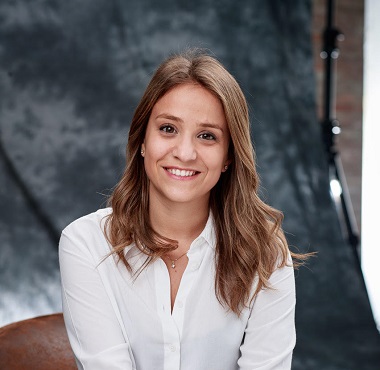 Serena Castrignano is an italian Fashion Editor; after studying International Relations she pursued her passion for fashion and in 2012 she moved to Milan to start working in Vogue Italia, as first as an intern, and then as a stylist assistant and editor.
Her interest for fashion includes a constant support to emerging talents and specifically through the Vogue Talent platform, conceived by Sara Sozzani Maino, with whom she works. Serena will be one of JFW’s guests attending to scout from between our local designers. 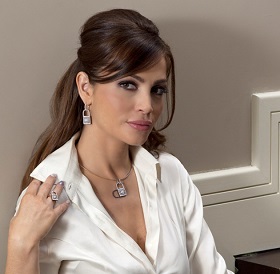 Jihan Alama the public figure and jewelry designer of 15 years. Jihan is also the wife of Super Star Ragheb Alama, and a mother to 2 boys.
She’s always been a business women created her own brand “DJIHAN” made of hand-made high end jewelry. Jihan is always fascinated with discovering and participating in global cultural leading events, this characteristic is depicted in her detailed refined work as the creative director of her brand. Jihan has a great work – life balance, as traveling is in her core for inspiration and her jewelry collections are all created by the simplest and heart-felt single thought. A true entrepreneur following her passion in life. She still has a lot more to give and show the world. 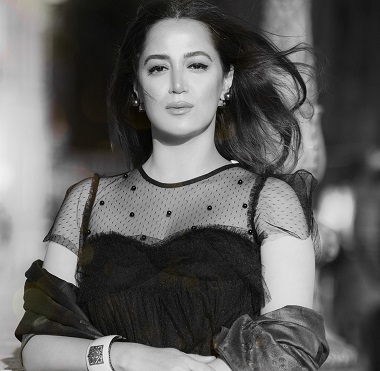 Zeina Barhoum is a classically trained Soprano, who has performed at benefits countless times for the benefit of women, children, peace and prosperity, which is clear in her performances in Jordan, UAE, London, Italy, Austria, France and Lebanon with renowned artists with renowned artists, including Italian Baritone and tutor Walter Alberti and Roberto Alagna.
Barhoum is preparing to present performances of Opera La Bohème during the 2nd round of the Amman Opera Festival that is set to be held early fall 2018. The Jordanian soprano Barhoum launched the Amman Opera Festival, the first opera festival in the Arab world, with the full operatic production of Verdi’s La Traviata. Zeina Barhoum supports young talent in music and arts in the Arab world. 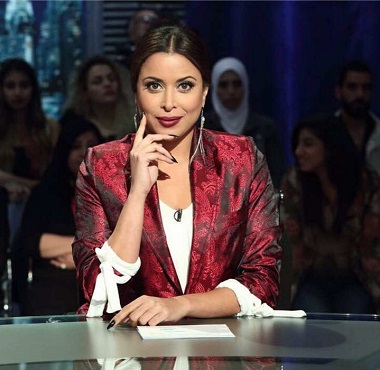 Nadia Ahmad is a media personality, producer, director and actress. She is best known for presenting the hit MBC talk show Kalam Nawaem for the last five years. She is equally known for her philanthropic work at refugee camps across the region and her mentorship of youth via the non-profit organization LOYAC. She is often active in the theatre and art scenes in the Middle East, lending her talents in acting, producing and directing. 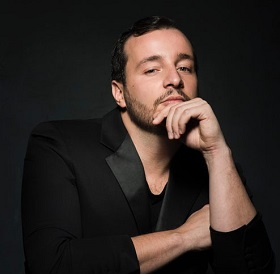 Manuel Arnaut has been appointed Editor-in-Chief of Vogue Arabia, effective 7 May 2017, as announced today by Shashi Menon, CEO & Publisher, Nervora and VogueArabia.

“Manuel Arnaut brings over a decade of Condé Nast editorial experience combined with a strong track record of regional success. We’re thrilled to have him join us and look forward to him building on Vogue Arabia’s foundation,” commented Menon.

Arnaut joins from Architectural Digest Middle East, where he oversaw the launch of the magazine in 2015 as Editor-in-Chief. After initiating his career at Vogue Portugal, Arnaut held the position of Editor at GQ Portugal, as well as having his work published in Vogue and GQ Brazil. Arnaut will take over direction of Vogue Arabia’s multinational and multilingual editorial team.

“After starting my professional life at Vogue, and having grown up devouring each page of its international editions, I’m deeply honored to have the opportunity to come ‘home,’ at the helm of Vogue Arabia. With the rich heritage of the Middle East as a starting point — and its eyes on the future — Vogue Arabia celebrates the region’s fashion and cultural identity, presenting it to the world in a luxurious, upbeat, and contemporary style. In an exciting climate of modernity and creativity, the team and I are committed to working towards a Vogue Arabia that is the proud voice of the region, representing the strength and allure of the Arab woman,” remarked Arnaut.

“As the Launch Editor-in-Chief of Vogue Arabia, Deena Aljuhani Abdulaziz has earned a place in the history of fashion and Vogue,” Menon added. Following one of the most high-profile debuts for any edition of Vogue, Abdulaziz will move on from her role, having successfully fulfilled her commitment to create a platform from which to challenge perceptions of Arab women and present alternative narratives coming out of the Middle East, while exposing diverse audiences to the region’s rich past and contemporary design scene. All at Vogue Arabia wish to thank Deena for the visionary launch and for preparing the groundwork for the future of the brand. 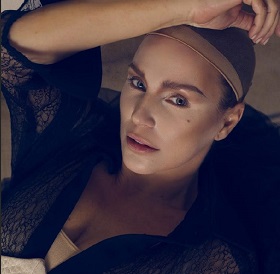 A member of one of Egypt’s illustrious families with unparalleled artistic heritage during the golden age of cinema, theatre and entertainment, Shereen Reda is an Egyptian actress, model and mogul.
Shereen Reda began modeling at the age of 11 and thereafter turned to acting when she starred in the popular 1989 television program “Fawazeer Al Fonoon” which was presented by the late director Fahmy Abd El Hameed during the month of Ramadan. At the time, the successful television production was considered as one of the biggest and most elaborate shows on TV, and it was only natural for Shereen to pursue a career in entertainment following in the footsteps of her father Mahmoud Reda and his brother established the phenomenal Reda Troupe for Egyptian folklore dance, which was the first of its kind.
Following her family’s footsteps wasn’t Shereen’s only ambition. She studied fashion design in Los Angeles. Soon after, her second rise to fame came when she starred in two consecutive films with the late actor Ahmed Zaki, where she played the role of the deceived, classy wife in the film Nazwa (1996) and an innocent daughter of a corrupt wealthy man in Hassan El Lol (1997).
Wanting to diversify and avoid being type-cast as the elegant, delicate girl, Shereen waited for the right role. In 2008, the role of a police officer soon became hers in the movie Ashraf Harami. She appeared as a guest star in the medical drama series Lahazat Hariga and in the sitcom Ragel Wa Sit Sittaat. She took part in several television series for three consecutive years, such as Al Safa’a, Bedon Zikr Asma’ and Al Morafaa.
Playing the character of Deja, the mysterious tattoo artist, Shereen returned to the silver screen in the film The Blue Elephant (2014), which was one of the most successful films of that year in Egypt. However, in 2015, she surprised everyone with her powerful and deep performance in the film Out of Order, playing a widow who spends her life watching the world around her go up in flames, then enters into an odd relationship with a young man who leads a life close to that of a homeless man, and with whom she slowly slides into the world of drug abuse. Her performance in Out of Order brought her wide critical acclaim and won her the Best Actress award at the 42nd Egyptian Cinema Film Association Festival and the Egyptian National Film Festival, as well as a Special Jury Prize at the Oran International Arabic Film Festival.
Not only was this role a huge departure from her usual typecast roles of the classy woman, but the challenge of playing this character gave her a deeper understanding and a personal and artistic maturity in her work, something she wishes to use in her future projects, which would be a mix of experimental and diverse roles that would aid in discovering her hidden potential as an actress. This was obvious in her role in Photocopy film for which she won the Best Actress in a Leading Role award at the Egyptian Cinema Film Association Festival and the Best Actress Award at the Arabian Cinema Awards.
Reda played another new and distinctive character in the film Al Deif (The Guest). She played Mimi, wife of an author and thinker who arouses controversy through his writings. 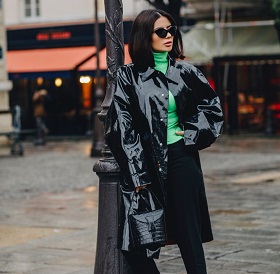 Deema is one of the Middle East’s top fashion and l lifestyle bloggers. She is Iraqi-born, Dubai-based & originally trained in dentistry, who soon became an Instagram star purely by chance. “I started posting my outfits because I love inspiring others, then I realized people wanted to know more. So, I began giving style tips,” Deema Says. Known for her amazing personality, chic wardrobe and standout beauty, Deema is also a new mother who shares her journey of parenthood with her followers, thus succeeding once again in creating quite a buzz. 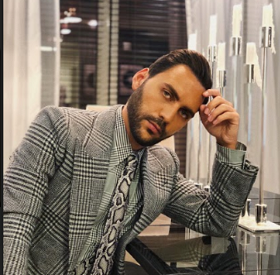 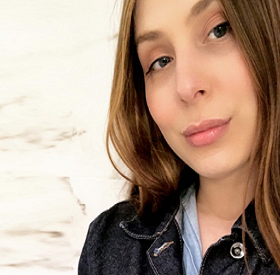 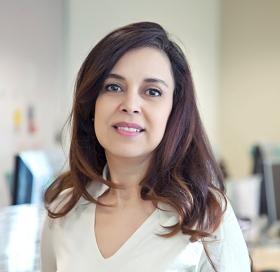 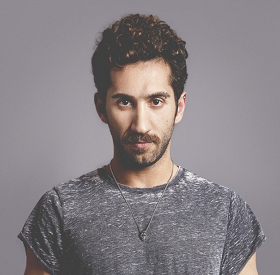 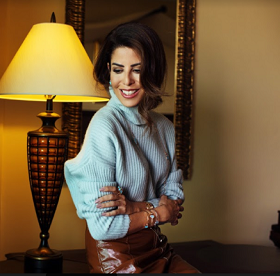 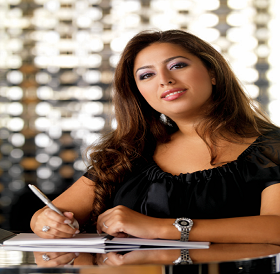 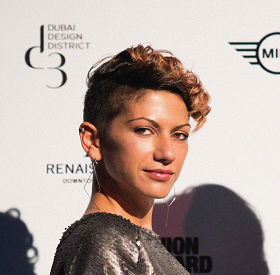 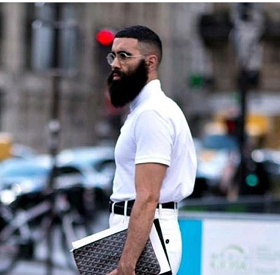 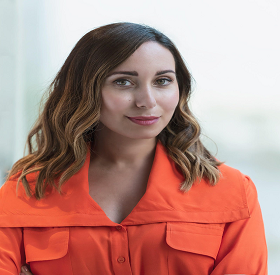 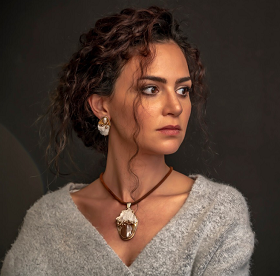 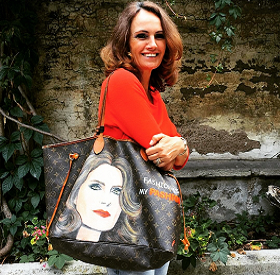 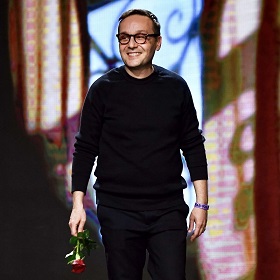